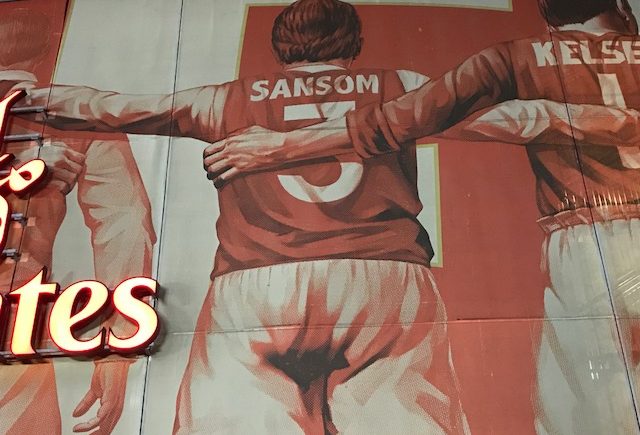 Happy Easter to everyone. I hope everyone is okay. This coronavirus problem has gone beyond what people expected and it’s gone crazy.

It’ll be very frustrating for football fans that there’s no football now. Fans want to talk about football. I don’t know what the players will be thinking, it’ll be difficult for the players to be apart. They’re so used to seeing each other every day. It’ll be a difficult few months. Hopefully it doesn’t last too long. I think the players will want to know when it’s going to start again. This sickness can kill though, so that’s the massive problem now. Which doesn’t help anyone.

I was surprised that Jose Mourinho was out training in a park with some Spurs players. I think the frustration and all the little bits that go with it can make people do silly things. There’s nothing they can do about it. Leave that to the doctors and the NHS. What they’re doing is absolutely fantastic and it’s a difficult one. You’re telling people to stay in. Will they stay in or go out? You’ve got a lot of people to deal with, which makes it harder.

The government wanted footballers to take a pay cut and I just think it’s a great gesture. They can afford it. I don’t think we could have done it in our day. But there’s bankers and companies that maybe don’t pay enough tax too. I think anyone who has bundles of money should make a contribution. I think everyone should play their role. All of us staying in our houses, we’re playing our role and that’s probably the hardest role. I’ve been out carefully for walks and the streets are empty.

The disease sprung on us. Nobody knew anything and bang, it was on us. It was a shock. It’s very difficult. They don’t seem to know what’s caused this. You watch the programmes on TV and no one has said what’s caused it. For me, that’s the big issue that needs to be dealt with. We’ve got to find out exactly what this is and what causes it. And then we can help to prevent it in the future and deal with it faster. It’s a worry because it’s not over yet. That’s what’s worrying me, why it’s taking so long to get this thing in order.

It’s hard to tell when this football season will end. We don’t know when the crisis will end and what the football people should do. There’s so much money, they won’t rush into anything. If you ask the fans, they’ll say they’re missing their football. I do think the season will get played. With a winter World Cup coming up, they’ll have to work out the timing, to fit it all in.

I’m looking forward to getting back to normal things, that’ll be great. Everyone is missing their normal life. Saying ‘Hello’ and ‘Good morning’ to people, without worrying that you’re too close. To go into supermarkets and be normal. There’s a few things that people will be happy to see, to get back to normal. Let’s hope that’ll be soon, but we have to keep to the advice in the meantime.