There was a lot of talk about England changing six players, but Roy obviously felt that he wanted to change the full-backs and we were quite good defensively. He wanted to be a bit more aggressive too, with Wilshere, and I thought he played quite well. But the changes didn’t make any difference to the result. The way Slovakia defended, their fans will be over the moon.

I don’t think this England team will be nervous. The players have experience now. Roy will know that we need to step things up a little bit and put the ball in the back of the net. The experience of the last three games will be fantastic for the players.

When I looked at the team and the performance, I thought the understanding between the lads was very good. There’s improvement needed, to make the special chances, so that Kane and Sturridge and Vardy and Rashford can put the ball in the back of the net. But the players are all aware of what they have to do.

Over the next few days the players will look over the videos and watch the games and talk during training, to try different things. It’s not about fitness now. I don’t think they’ve played badly in any way. I don’t think we played badly against Russia. We could have won three games on the trot. All we have to do is step up, tiny little things. They are all small things, but they are all very important.

The right-backs have been our best players so far. We are an attacking side. Defensively we haven’t had too many problems. We’re getting the full-backs forward, but we need to avoid getting too crowded. We need to allow a little more space around our attacking options. We just need to step up our decisions in the final third. Roy and his coaches need to talk to the players, to help them to learn about each other a little bit better. 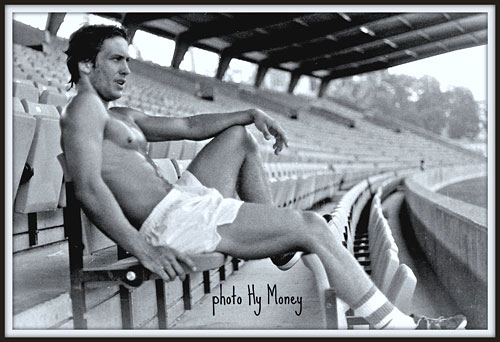 You have to work hard on the training ground

Communication and information are very important. I’ve said it from day one – we have the talent to go all the way in this competition. Like in all walks of life, we need a little bit of luck. In all three games, the players have put the effort in. I really feel so confident. I think we have nothing to fear. I’m looking forward to watching the next game. As a squad, if we keep doing what we’ve been doing, we’re going to go a long way.

The whole England squad should feel confident and relaxed. Whoever we get in the next round, they should fear us. They might say “Well, England have only scored a few goals”, but they will be scared about us. Other teams will be worried about us. Roy should say “Go out and do what you’ve been doing in the last three games – and score a few goals!”

There’s been nothing wrong with the last three performances. The England squad we’ve got are good enough to go through to the final of the competition.